Oculus Founder Plots a Comeback With a Virtual Border Wall

Palmer Freeman Luckey was the kind of wunderkind Silicon Valley venerates. When he was just 21, he made an overnight fortune selling his start-up, a company called Oculus VR that made virtual-reality gear, to Facebook for $2 billion in 2014.

But the success story took a sideways turn this year when Mr. Luckey was pressured to leave Facebook months after news spread that he had secretly donated to an organization dedicated to spreading anti-Hillary Clinton internet memes.

While Mr. Luckey slammed inaccuracies in the articles, the reports proved toxic in the tech industry, where hostility to President Trump is as pervasive as overpriced coffee.

The spokesman for a new medium — virtual reality — briefly became an exile.

Now Mr. Luckey is back. Unburdened by a big company’s culture, he’s more freely sharing his politics on social media. He also contributed $100,000 to Mr. Trump’s inauguration, through one of his companies, according to Federal Election Commission records.

And he has a new start-up in the works, a company that is developing surveillance technology that could be deployed on borders between countries and around military bases, according to three people familiar with the plan who asked for anonymity because it’s still confidential. They said the investment fund run by Peter Thiel, a technology adviser to Mr. Trump, planned to support the effort.

In an emailed statement, Mr. Luckey confirmed that he was working on a defense-related start-up.

“We are spending more than ever on defense technology, yet the pace of innovation has been slowing for decades,” he wrote. “We need a new kind of defense company, one that will save taxpayer dollars while creating superior technology to keep our troops and citizens safer.”

The new business is the latest note in the charmed and very unconventional life of Mr. Luckey. He stood to receive hundreds of millions of dollars from the sale of Oculus to Facebook, he said in court in January during a trial involving a dispute between Oculus and a games publisher. The precise amount he left the company with is unclear.

He has accumulated a lot of toys with that Facebook money. Most of his properties are registered to more than a half-dozen companies that can be traced to Mr. Luckey through public business records. Many of their names, like Fiendlord’s Keep, Black Omen and Wings of Time, relate to a video game called Chrono Trigger.

Mr. Luckey, 24, lives in a 78-year-old mansion in affluent Woodside, Calif., with a group of friends, according to public records, and Facebook posts by his roommates. One of his roommates is his girlfriend, Nicole Edelmann, who has received attention for her support of GamerGate, a loose online movement that has sought to push back against social progressivism in video games.

Mr. Luckey and Ms. Edelmann are devotees of cosplay — short for costume play — in which people dress as characters from games and comic books. In May, they posed for photos at a cosplay conference in Japan dressed as a character from the game Metal Gear Solid, complete with identical bikini tops, ripped black tights and ammunition belts. 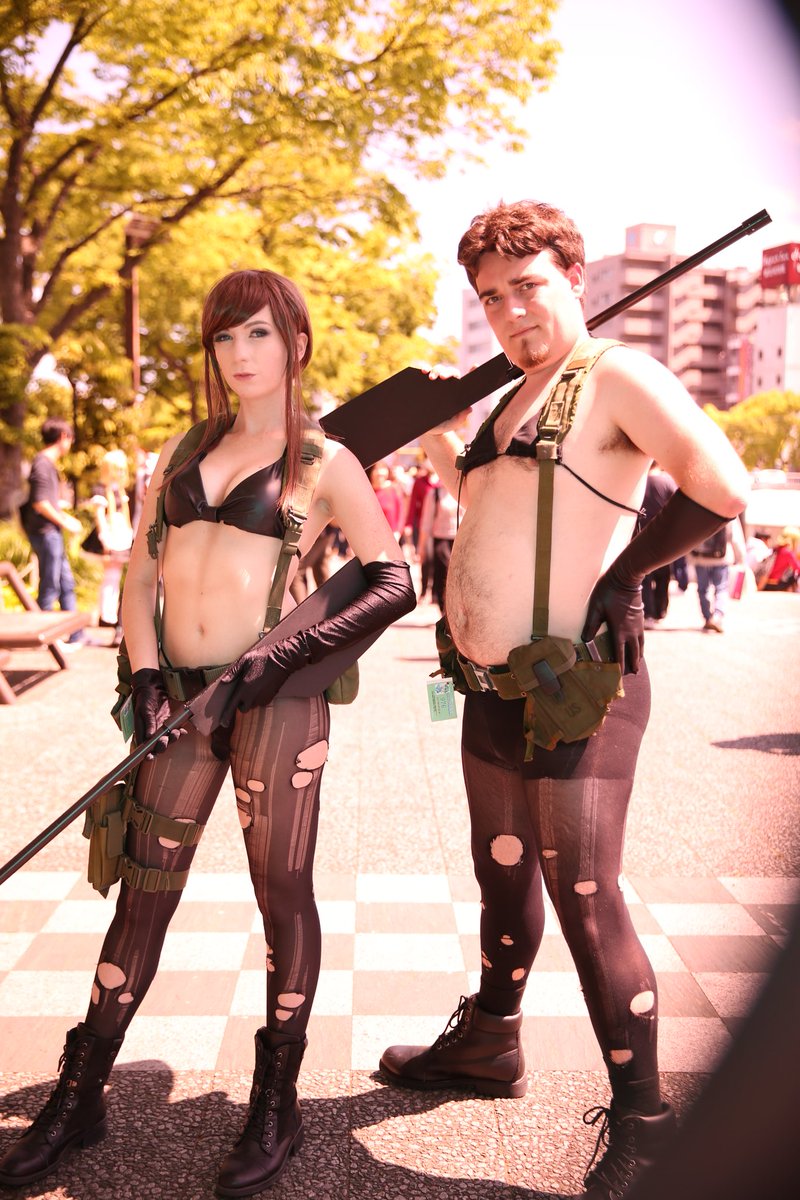 A person who knows him described Mr. Luckey as a casual “prepper,” someone who prepares for societal collapse, though another person said he was simply a military buff.

Among his assets is about 85 acres of property in upstate New York, including a luxury home built atop a decommissioned Atlas missile silo. Tax rolls for Clinton County, N.Y., list Oculus VR and Black Omen — which Mr. Luckey owns, according to California records — among the owners of the properties. Tenants live in the home.

He owns a second property in Chico, Calif., with decommissioned Titan 1 missile silos, according to records. 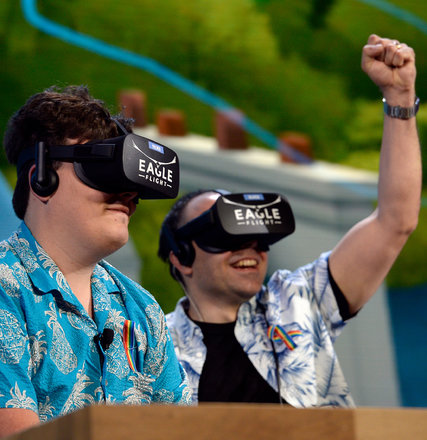 Mr. Luckey also owns several military vehicles and, through various companies, three helicopters, and he received a student pilot’s license last year, according to Federal Aviation Administration records. He recently purchased a marina in Orange County, Calif., where he grew up, according to public records.

While Mr. Luckey became a tech icon for reviving interest in virtual reality, his politics burst into view in September when The Daily Beast published an article saying he had quietly funded a pro-Trump nonprofit, Nimble America.

After the article ran, Mr. Luckey said on Facebook that he was sorry his actions were hurting Oculus. He said he had given the nonprofit $10,000 because he believed it had “fresh ideas on how to communicate with young voters through the use of several billboards.” He said news articles, some of which accused him of funding the creation of racist memes, had distorted his views.

Mr. Luckey said in the post that he was a libertarian who intended to support that party’s candidate for president, Gary Johnson.

He was gone from Oculus by March. An Oculus spokeswoman said Mr. Luckey’s departure had not been connected to his political views. But the person who knows Mr. Luckey said he had been pushed out and was rarely seen in the Oculus offices after the news about his political activities broke.

Soon after, he was working on his next start-up idea: The company plans to use a technology found in self-driving cars called lidar — shorthand for light detection and ranging — as well as infrared sensors and cameras to monitor borders for illegal crossings, according to the three people familiar with the plan.

As as he sees it, according to those familiar with the plan, the technology can be used for many kinds of perimeter security, including military bases and stadium events, where it could be used to detect drones. Software would help the system figure out which objects to ignore, like birds and coyotes.

Those familiar with the plan say Mr. Luckey believes his system, which can be mounted on telephone poles, can be built far more cost effectively than Mr. Trump’s proposed wall on the Mexican border — and with fewer obstacles from landowners.

The company, which is based in Southern California and has a warehouse there, is being self-financed by Mr. Luckey for now. He has hired a handful of people, including Christopher Dycus, who recently left Oculus and was the company’s first employee. Eventually, he wants to explore new applications of other technologies including drones, Mr. Luckey has told people. 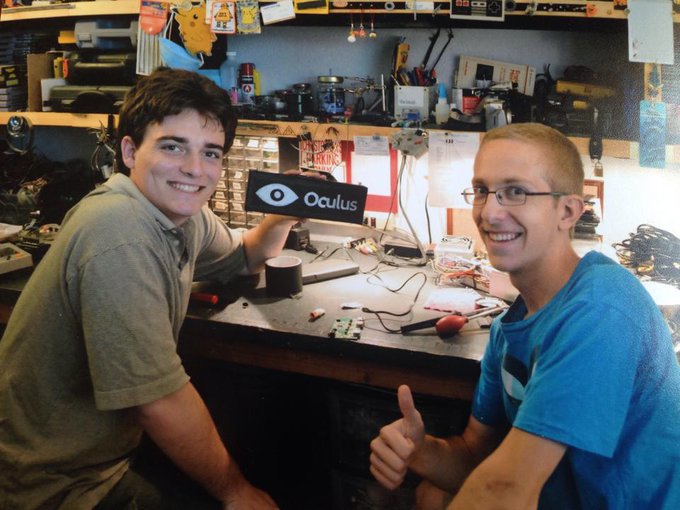 Mr. Thiel’s investment firm, Founders Fund, plans to invest in it, according to people with knowledge of its plans. They said the firm sees Mr. Luckey’s venture in the mold of Palantir Technologies, a data-mining company co-founded by Mr. Thiel, which serves a wide range of clients, including intelligence agencies. A spokeswoman for Founders Fund declined to comment.

Like Mr. Thiel, Mr. Luckey is getting more comfortable with politics. In April, he held a fund-raiser in California for Senator Ted Cruz, whose home state, Texas, has the longest border with Mexico.

And Mr. Luckey discussed the idea of using sensor technology on the Mexican border Stephen K. Bannon, Mr. Trump’s chief strategist, according to a person familiar with the meeting. The White House didn’t respond to a request for comment.

Indeed, doors are opening for Mr. Luckey in Washington, though it’s unclear how far he will get. In April, he met with Ryan Zinke, the secretary of the interior, according to Interior Department visitors’ logs first reported by Gizmodo.

“The secretary had a very brief meeting where he listened to Mr. Luckey about using technology on the border and referred him to the Department of Homeland Security,” said Heather Swift, a spokeswoman for Mr. Zinke. “There was no action after the meeting.”