(CNN)At least a dozen people were hospitalized over 48 hours in central and south Georgia after swallowing an unidentified street drug, according to state and hospital officials. Four deaths have been linked to the overdose cluster, but officials are still waiting on autopsy results to determine the exact cause of death.

A day later, on Wednesday, six more overdoses were linked to the pills, whose contents are being analyzed by the Georgia Bureau of Investigation, according to a release by the Georgia Department of Public Health.

"What is uncommon is to see so many (overdoses) come in in such a short time frame," said Dr. Christopher Hendry, chief medical officer of Navicent Health, one of three hospitals in Georgia that is known to have received the patients. 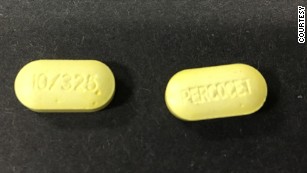 Some patients have described taking a yellow pill they thought was the prescription painkiller Percocet, Hendry said, but the overdose symptoms were "much more severe in onset."

The word "PERCOCET" had been stamped in capital letters on one side of the pills, the Bibb County Sheriff's Office said in a statement on Wednesday. On the other side, the pills are imprinted with the numbers "10/325" -- usually an indication of medication dosage. Investigators noticed that the imprints on the counterfeit pills were made "at an angle" and not as deep as the manufacturer's pills.

Hendry is concerned the drug could be a compound of much more powerful opioids, which could prove difficult for doctors to reverse.

"There's a compound in the South that's recently popped up -- 10,000 times more powerful than morphine -- where the normal doses of Narcan are not effective," Hendry said of the medication that is typically used to reverse opioid overdoses. 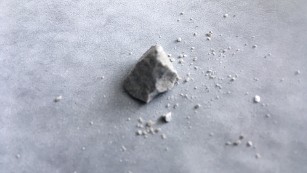 The patients, mostly brought in by ambulance, appeared sleepy, had slurred speech and had difficulty breathing, Hendry said. These symptoms led doctors to suspect opioid overdose, but toxicology results won't be back for at least a couple of days. Until then, Hendry said, "this is an evolving event."

In addition to Navicent Health in Macon, Georgia, patients have been sent to nearby Coliseum Health and Houston Healthcare.

Other street drugs -- such as the opioid concoction known as "grey death" -- have recently been linked to overdoses in Georgia and other parts of the South.

There were about 1,300 overdose deaths in Georgia in 2015, according to the US Centers for Disease Control and Prevention.

Sheriff David Davis of Bibb County said investigators have been following leads, but there are no suspects at this time.

Although it is common for dealers to sell real prescription drugs on the street, Davis suspects that "someone has developed this particular pill ... and is passing it off as a prescription medicine."

"The individuals that are involved in the drug trade, this may be their newest product," he said, urging people to come forward with more information or turn themselves in.

"We need to know who's putting this poison in the community right now."