US action on Microsoft email case could devastate cloud computing 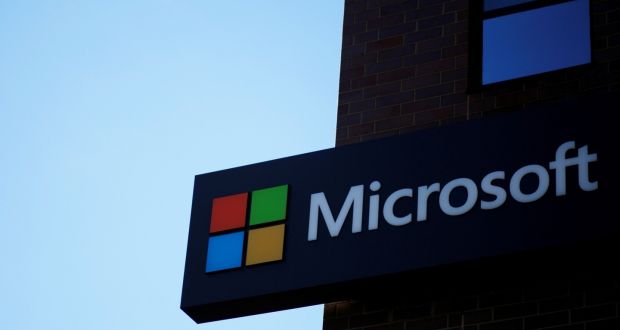 The Microsoft case has been less headline-grabbing than Google’s news-dominating mega-fine this week, but it is the far more important case of the two. Photograph: Brian Snyder/Reuters

A week may be a long time in politics, but in business, just five days has been time enough for two developments that will worry many tech multinationals with European Union operations.

First came the US department of justice (DOJ) decision late last week to request the US supreme court hear an appeal in the internationally significant Microsoft Dublin email case.

Then, early this week, the European Commission smacked an extraordinary €2.4 billion fine on Google, having determined, after a seven-year investigation, that it had violated EU anti-trust laws by using a dominant position in the search market to favour its own shopping listings service.

The two cases are different in scope and implication, but both will fray nerves in boardrooms and executive suites worldwide.

The Microsoft case has been less headline-grabbing than Google’s news-dominating mega-fine this week, but it is the far more important and potentially devastating case of the two.

That’s because while the Google decision may restrict how some internet-based businesses operate across the EU, the Microsoft case, if overturned by the US supreme court, would devastate one of the fastest-growing areas of business – cloud computing – undermining the foundation for how data is stored and handled.

Because most businesses worldwide rely on at least some international handling of data, this exposes Business with a capital ‘B’, not just the tech or internet-based sectors.

The case involves a  judge’s demand that Microsoft hand over emails held in Ireland for a New York state case. Microsoft refused. But importantly, it has not fought compliance with lawful government requests, but rather how this particular one was made: without going through existing international agreements by which US authorities would normally request permission from and work with Irish authorities to access the emails.

The US has argued that Microsoft is an American company, giving US courts the right to directly demand the emails, regardless of where they are held. However, this is misleading. First, the US is trying to treat digital data as a different category of evidence. If the desired evidence were concrete (say, paper documents) rather than digital, US authorities would have to use existing international law-enforcement agreements. Digital is, wrongly, a legislative grey area.

Second, as Microsoft president and chief counsel Brad Smith argued in a blog post last week, if the US government has the right to directly seize internationally-held data, then other countries will of course, expect the same right to in effect conduct international digital raids for American or other nations’ data, in the US or around the world, with near-impunity.

This raises obvious data-protection, data-privacy, and surveillance concerns. It also completely undermines the whole concept of cloud computing – the movement and storing of data by organisations in international jurisdictions – and suggests businesses would have to run stand-alone operations and data centres in every geography in which they operate.

Having the supreme court hear this case would be a pointless waste of the court’s time. As Smith notes, US legislators already accept that fresh legislation is needed to clarify and better streamline access to digital evidence. In the US, bipartisan efforts have begun in this regard.

As for the Google case, the writing was on the wall for this decision for some time, as the company had failed in several attempts to reach a settlement with the EU over those seven years. The decision is likely to have a number of impacts.

First, it signals the EU is willing to make business-affecting decisions, backed with gasp-inducing fines, against multinationals seen to compete unfairly in areas of market dominance. And keep in mind the EU competition commissioner still has two ongoing investigations into other areas of Google business, its Android mobile operating system and its Ad Sense online advertising.

Overall (and without knowing yet the details of the judgement), the EU is showing it will closely examine and regulate competition in market “verticals”. Many other market-dominating companies in such verticals – Amazon, for example, or Apple – must be nervous.

The willingness to impose major fines is a sharp shock, too. For years, EU actions have been seen as minor swats, not big wallops. Big fines will certainly focus corporate minds.

Finally, the EU, interestingly, is moving firmly into an anti-trust watchdog role the US has only dithered in for the two decades since the DOJ went after Microsoft on anti-trust grounds (using Windows to shoehorn its Internet Explorer browser on to desktops). The US abandoned its own anti-trust investigation of Google two years ago.

And that, of course, is an historical connecting thread in the two current cases.

Google says it may appeal the EU decision. Microsoft, when under further anti-trust investigation in the EU in past years, eventually decided the best, business-stabilising approach was to settle with the EU.

But these days Microsoft has led corporate efforts to confront the US government on over-reaching data access.

An interesting turn of affairs, indeed.

Microsoft Innovates Azure with a Swathe of New Machine-learning Services